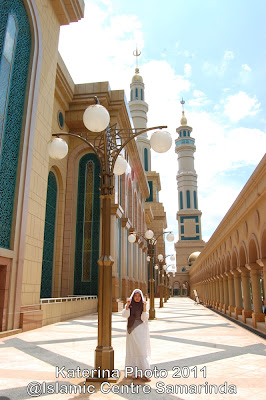 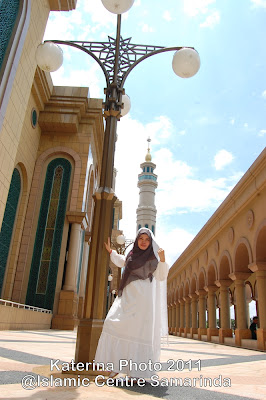 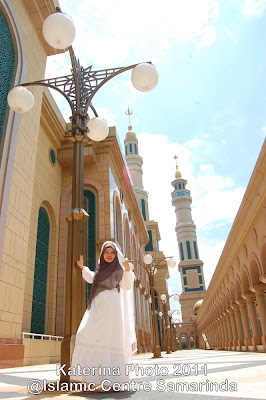 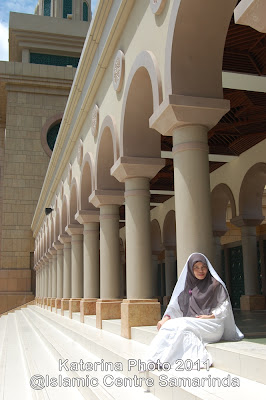 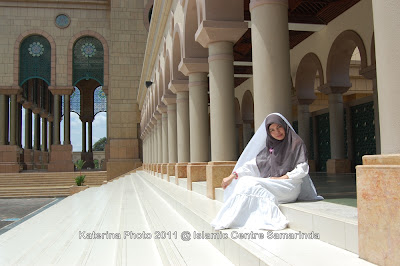 The  Mosque is  located in Teluk Lerong Ulu village, Samarinda city, East Kalimantan. It  is the grandest and the second largest mosque in Southeast Asia after Istiqlal Mosque in Jakarta and stands majestically on the banks of Mahakam river with beautiful scenery.


The Samarinda  Islamic Center Mosque  has a very beautiful architecture. It has seven towers, with a 99 meter-high main tower each according to the number of Asma ul Husna or the nick names of Allah. In addition to the main tower, the building also has six towers on the sides of the mosque. The Six towers are  also significant as they simbolize the 6 pillars of faith in Islam.

The building, constructed at a cost of more than 500 billion rupiahs was  inaugurated by the President of the Republic of Indonesia Susilo Bambang Yudhoyono on June 16, 2008. The mosque stands on an area of approximately 12 acres with a total building area covering 50 thousand square meters.

The mosque has a main dome with very beautiful golden ornaments . The Source of inspiration for the design of this huge mosque derived from the Prophet's Mosque in Medina combined with the artistic Great Mosque in Turkey. The Prophet's Mosque in Madinah is known to have lots of amazing ornaments and calligraphy. In addition, this historic building has a strong physical endurance because although it can be considered as  already old enough, it still shows elegance. Another specialty of this mosque is the use of granite in the main tower.
East Kalimantan

Leave your message here, I will reply it soon!